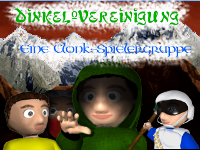 I'm working on a system for listing champions' playstyle and role attributes, in order to allow players to analyze their preferences and find new champions to try out.
To start the project and give you an idea of what exactly I want to do here, I wrote the chapter about AP Poppy - check it out.
(Forumieren/phpBB is screwing up the formating, sorry for that. I'll move the project to MOBAfire or something once it reached a certain level of progress.)
Contributions would be appreciated! I'm not sure about the categorization of the attributes - feel free to suggest different categories.
It would be amazing if any of you could write an attribute list for a champion you're familiar with. Write shorter explanations, write it in German, whatever - I'd be happy if you wrote anything at all.

"o" denotes the total lack of or huge deficit in the given attribute, while up to three asterisks (neutral)/plus signs (positive)/minus signs (negative) stand for the strength of the attribute.

Spoiler:
Burst damage ++ She's extremely good at crushing single targets.
Sustained damage + Respectable melee damage with lich bane procs from spamming her Q.
Utility + She's got a pretty good knockback/stun and an ultimate that allows her to get in and out of the enemy team safely.
Focusability ** Her ult makes proper conventional targeting impossible for some time while practically taunting the target, but if she's troublesome, she'll be focused even more when it's over.

Crowd control
Sustain + Annoying mana problems early on, but okay health sustain from the revolver she should have.
Tankiness ++ Her passive and W make her fairly durable.
Team reliance ** As she's mostly single-target, she may need a bit of help for disengaging after her ult
Reflex importance ** You must be quick to apply her ult and estimate if you can wallslam a target.
Poking + the range is stupid, but she can walk up to an enemy and whack them with her Q for respectable damage.
Zoning + People shouldn't stand between her and a wall, and she can use that to exert some pressure, but that's it.
Kiting o She can slap melee attackers with her Q, but has no way to kite or slow ranged enemies.
Baiting ++ People won't usually expect the damage mitigation of her passive, you can do some nice things with her ult, and spell vamp will allow her to regain a decent amount of health quickly.
Positioning + Her sprint is very useful for getting into position for her stun.
Juking ++ Especially in the jungle, she's good at smacking chasers into a wall and escaping into the other direction.
Ganks ++ She can jump out of a bush and smack you into a wall for an almost guaranteed kill, but it's fairly situational.
Chasing/cleanup + Her dash is too short-term for chasing, but with Flash/Shurelya's she can get next to an enemy and end their escape with a stun.
Farming/safety o Due to short range, mediocre animations and her lack of a farming-suitable gap-closer, Poppy is a really bad farmer early on, especially AP Poppy.
Harass resistance ++ Her passive diminishes pokes and her sprint lets her dodge skillshots, but she doesn't have much sustain.
Kiting resistance o Except for her situational ultimate, she has nothing to stop an Ashe/Caitlyn from kiting her.
Pushing power o She eats cannon minions for breakfast later on, but that's it, and who doesn't?
Gap closers ++ Her tackle shouldn't be used as a direct gap closer in some cases, but when it can, it's pretty respectable.
Rescuing ++ Her knockback is great for peeling. Also, she can run into a fight and simply burst down the attacker before they can kill her ally.

Early game power + Her lack of zoning/farming abilities is problematic and her damage is mediocre, but the passive shrugs off normally devastating pokes.
Mid game power ++ Once you've got your ult, lich bane and rod of ages, you can start tower diving and squishing those squishies.
Late game power ++ She's pretty tanky with fearsome burst damage, but she can only damage one target at a time.
Farm reliance ** The sooner she gets her rod of ages and lich bane, the better.
Kill reliance ** With her crappy farming and need for certain core items, some kills are very useful to become a formidable opponent.
Catchup potential ** She'll eventually gain the gold needed for her core build automatically, and that's enough to become relevant.
Carrying potential ** Again, her burst combo is single-target, but if she's fed, her Qs with Lich Bane will be fearsome on their own.

Damage mitigation ++ Her ultimate can give her nigh situational invincibility.
Stealth o no.
Global influence o no.
Skillshots/targeting Targeting
Towerdiving ++ Her ult lets her ignore turrets, but she's not a good diver while it's down.
options * She's not very complicated - most of the time, your concerns are just "whom to focus?" and "how to get them into a wall?".
skill cap ** Playing Poppy decently is easy, but playing her really well requires some skill.

Initiation +
Escapes/disengaging ++
Dueling power ++ Her passive soaks up a lot of damage and her ultimate's amplification lets her outdamage most enemies, but smart opponents won't allow her to use her stun.
Teamfighting ++ She's mostly single-target, but your team is better off with a Q-spamming Poppy than the enemy team with their dead ADC.
Cleanup potential + Your damage and chasing ability (if you aren't kited) are okay, but your knockback, your main source of damage, is situational and may bring enemies closer to safety.

Counterbuild vuln. -- Stacking magic resistance might prevent her from fulfilling her role as a burst caster and force her to go tank or AD bruiser with the wrong runes/masteries.
Counterpick vuln. -- Certain opponents with true damage or multi-hit/DoT harass can ignore her passive
Meta compatibility + She fulfills a strange role somewhere between a bruiser and AP carry, but she's still suitable for filling the bruiser slot...

Raocow schrieb:If you ever want me to laugh, make something go twice as fast or be twice as big.